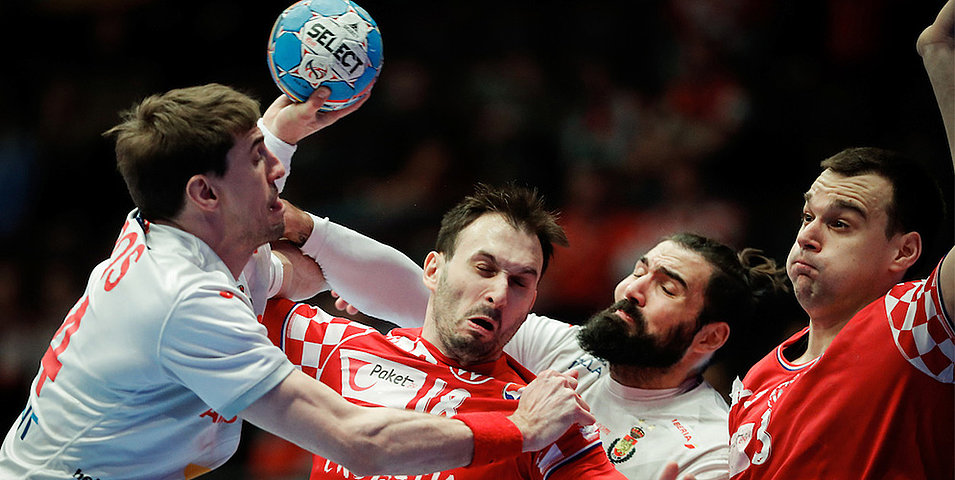 The European Championships end today with the gold medal final.

Here are the video links, odds and some predictions for these matches.

How to watch without spoilers: Link

The match can be seen live on Free TV in the US on beIN Sports XTRA. (How to watch) Check it out. I like ehfTV, but personally I get a better viewing experience with beIN Sports XTRA. The image quality is better and more reliable than the web stream.

The final will also be replayed in prime time on beIN Sports Network (regular TV) at 8:00 p.m. (US ET).

For this tournament, we made betting predictions using an imaginary starting bankroll of €1,000. Joining me will be a professional handball bettor, Samo Kosmerlfrom Slovenia.

Odds are from 10 Bet Sportsbook

Today, Spain will try to defend the title won at EURO 2018 in Croatia. And, for several reasons, I think they will indeed win back-to-back titles.

First of all, the Vargas – Corrales GK duo is much better than Šego – Ašanin. I know Šego and Ašanin made some big saves in the final minutes of important games in this tournament, but Vargas is consistent throughout. He is one of the best goalkeepers in the world and even if he is having a slightly less good day there is always Corrales, another world class GK. There is simply no debate: Spain have better goalkeepers.

Croatia’s strongest asset is their back line, but will Cindrić be ready? He has problems with his knee and he couldn’t play in the semi-finals as we all expected. But ok, they still have Karačič and most importantly, Duvnjak. What a player! He set everything up in the final minutes and overtime. And, not just one overtime, but two overtimes against Norway.

And yes, this 80 minute game will have an impact on their game today. Croatia don’t have a big bench, and players like Mamič/Šarac/Hrstič aren’t (yet) players who can have a big impact in a EURO final. And we all saw how tired Karačič and Duvnjak were at the end of the last two matches. Of course, there’s also Stepančič, their ONLY right-back. (I still don’t understand how Červar didn’t bring another RB.) And, because Stepančič plays more than 50 minutes a game in attack and defense, his shooting wasn’t the best. Only 52% and he also shoots a lot: 54 attempts in 8 matches.

Croatia center Marič had a great game against Norway, but Spain play a different style of defense and I don’t think he will get a lot of useful balls today. When it comes to wingers, Spain are much better at that position. Their wingers play for Barcelona and the two Croatian wingers play for Zagreb: enough said.

Finally, let’s talk about the defense of each side. Croatia’s 5-1 defense was fantastic. Duvnjak is likely to win Best Defensive Player as well as MVP. He was amazing. But, will the 5-1 work so well against Spain? Spain use their wings a lot, and if they can get past Duvnjak in the middle, they can stretch that Croatian defence. And, I think they have players to do it. Dujshebaev is playing fantastic, he is in great form and working very well with Entrerrios. Moreover, there are also Sarmiento, Fernandez and Maqueda, all with solid tournaments so far, which allows Ribera to rotate and continue to play at a high pace in attack. Croatia will really have to play on another level in defense to stop all possible threats Spain have to offer.

The best part of this Spain team is (still) their defense. Together, Morros and Guardiola are 71, but they are still one of the best defensive pairings in the world. Croatia are the most dangerous in the middle, but this is also where the Spanish defense is the strongest. All turnovers are punished as we saw in the semi-final against Slovenia. And, rest assured, Croatia playing its 9th game in 17 days, there will be mistakes. Croatia will try to slow down play to limit Spain’s counter-attacking opportunities in the same way they did against Norway.

Overall, Croatia have an amazing back line, but it takes more than that to win against Spain. They will have over 10,000 supporters behind them and the players will feel like they are playing at home, but Spain won their last EURO with fewer fans and they are just too good not to do it again.