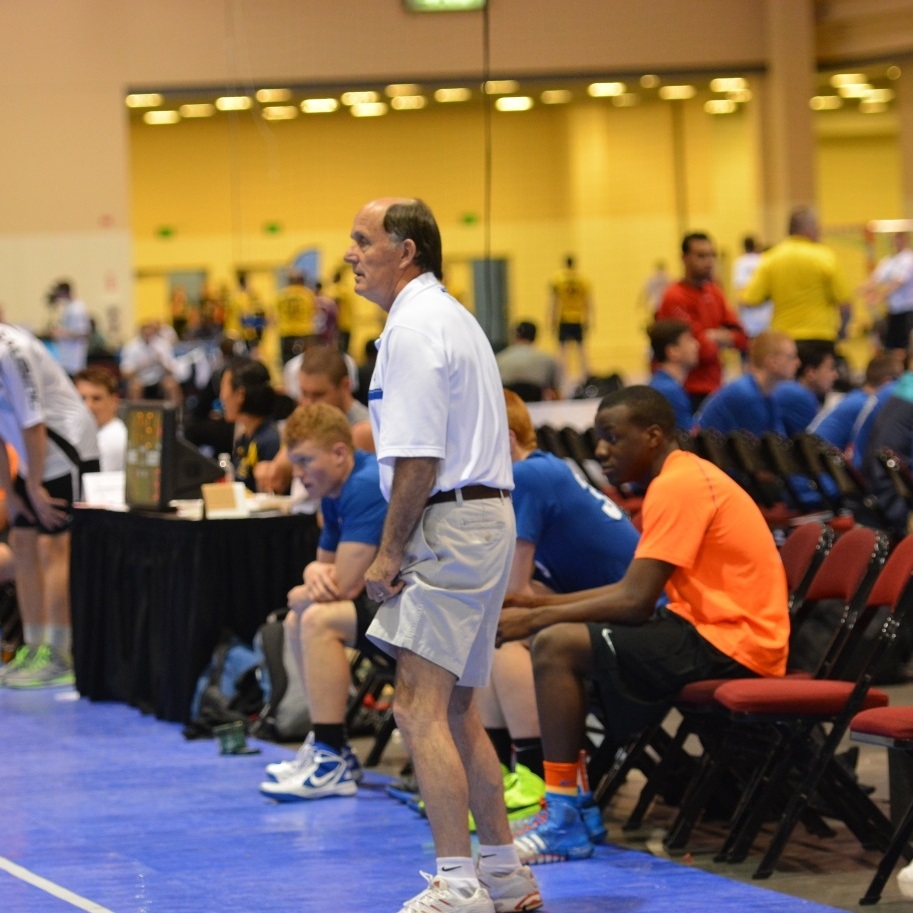 Although he will no longer have an official capacity, he will still contribute to the sport as an Air Force coach and, I would suspect, in other ways as well. Since I have been involved in the sport of team handball, there has always been one constant presence: Mike Cavanaugh. And that’s literally true for anyone (and I mean anyone) involved in sports in this country. Seriously, if you want to play the Kevin Bacon game for USA Team Handball, you’ll be hard pressed to find anyone who isn’t 1 degree apart. Everyone knows Mike; Everyone.

On the occasion of his retirement, I will share such a consequential interaction. The one who made a big difference in my life.

In 1993, I was at one of those great crossroads that we all face in life. I had just returned from the World Championships where I had represented my country, playing the sport I loved on the world stage. Of course, we weren’t close to winning a game, but for me personally it was still a great experience. In less than 2 years, I had gone from an exclusion from a team from the Olympic Festival to a start in defense for the national team. I was on a cloud 9 with dreams of grandeur.

After my return from the world championships, I had a visit to the office with Mike and our head coach at the time, Vojtech Mares, where we talked about my future as a handball player. I was quite excited. I discussed the possibility of getting a military posting in Europe so I could play at a club there or just leave the Air Force altogether. I was 28 and my AF career wasn’t really setting the world on fire. (Leaving for several weeks in a row to play a sport that many had never heard of just didn’t sit well with some of my supervisors.) The Olympics were also only 3 years away and since Atlanta hosted, we had already qualified. The residency program was moving to Philadelphia. I had even started investigating aerospace engineering jobs in the area.

This little office meeting could have gone a number of ways. An average player (at best) could have been puffed up with praise. Encouraged to move to Philadelphia and pursue his Olympic dreams. And, from a strict management point of view, it would have been the right thing to do. The Philadelphia team didn’t have enough players. I was a fringe prospect, but reliable. I would have helped in terms of quality of practice and who knows maybe I would continue to surprise and contribute in a meaningful way.

I had been skillfully and gently brought down from cloud 9. Still excited about the sport and what I had achieved, but now able to be more thoughtful and analytical. Make a decision with my heart and my head. I didn’t move to Philadelphia and stayed in the Air Force. A decision that ultimately was the best for me.

A guy with lots of friends and very few (in any?) enemies

I suspect I’m not the only person in our small handball community with a similar story to tell. How Mike influenced them and made a difference in their lives outside of handball.

What’s really remarkable, when you think about it, is how we’ve been able to nurture relationships. Think of all the controversial issues and sometimes crazy stuff that has happened over the years. All heated disagreements over the best way to proceed. Of course I had my complaints and on more than one occasion disagreed with what was decided.

But, despite all these disagreements, I never had a bad interaction with him. Always professional; Always friendly (as much as possible); Always the diplomat. There may be people who think differently, but they are rare.

There are many ways to measure success. Victories and defeats; Medals, money in the bank account, etc. But, if at the end of the day you can’t even begin to count all the people you’ve had a positive impact on as a coach, as an administrator, as a friend, then count you lucky.

And, defeat the army!