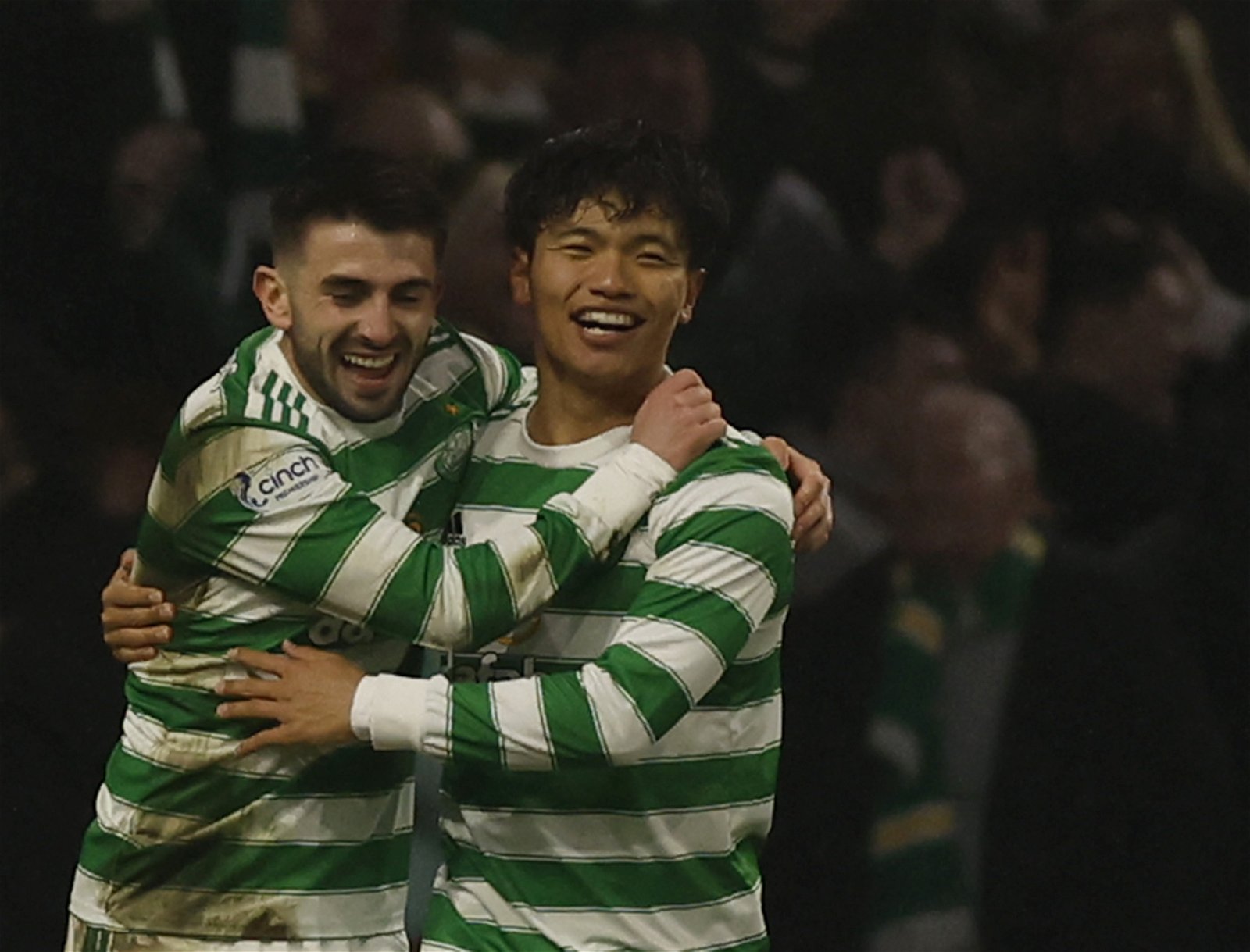 The World Cup break is here, and with it there are questions about whether or not we won the title today. Of course not, but as I’ll talk about later, we’ve taken a giant step towards what many of us thought we were doing at the start of the season.

I thought we were a bit behind for a lot of this game today.

They didn’t put the slightest pressure on us, we got into it when we didn’t score at the start of the match. We kept playing, and when we do, we will always be too good for these teams.

Most read on the Celtic blog

Once again we faced a team that only put men behind the ball. When they don’t concede in the first 15 minutes, these teams are delighted, but because they’re designed to play spoiler football, they never really know how to react when you finally score. The game plan is to score first, then hang on for dear life.

They succeeded in that. But we were still too strong. They’re a team of winners now, and they never give up and they’re as hungry for the win as any Celtic team I’ve ever seen.

At the end of the day, one team wanted this and only one team deserved the points. A few of the players were a little behind today, but you would expect that at this stage of the season…we have too many quality players in the squad to hurt us too much.

I thought the officials were absolutely appalling today. Some of their decisions were baffling to say the least, and one couple was obviously corrupt.

After several stoppages in the first half, the referee was eager to whistle. There should have been minutes – several of them – at the end of this period, but they chose to blow right on the 45. It is as if they were bringing their own rules.

The penalty, there is nothing more to say. It was never going not to be given. Every handball in the box will go against us this season, and we will even be lucky to get one in return. There is not even the pretense that we are refereed at the same level as other clubs in this league. He didn’t need VAR to decide that today I knew as soon as I saw him what the result would be, and the official gave it anyway.

Of course, we didn’t get one for the push on Ralston moments later, although a similar incident resulted in a free-kick for Ross County in the first half. Again, I didn’t expect to get it even though it seems clear. The system is not used to give us fairness, it is used to piss us off as much as humanly possible. I don’t think that’s tenable. But right now, the same corrupt officials are making the same corrupt decisions and they’re getting away with it.

The whole officiating performance today stunk to heaven. He gave Ross County just about every decision he could. When he saw a chance to break our rhythm, he took it. When he was able to penalize our players, he did. People talk about refereeing inconsistency; it just doesn’t apply today. He was incredibly consistent.

And yet, what is the point of all this blatant discrimination against our club? Once again terrible decisions go against us and once again our team rises above disgrace to earn points. No matter how much they deal with the bottom of the deck, by stacking the cards against us, we find a way to keep winning. We continue to take three points.

That’s why all the talk that this league lead is somehow a consequence of other clubs being out of form doesn’t hold up to scrutiny. Their shape has nothing to do with how we can continue to get results no matter what they put in our way…no matter what we might get in our own way, if we are being completely honest. This team keeps rolling.

Of course, it helps to have strong elements in the team. Look at the substitutions we were able to make after getting second and moving in front. Along with Jota, Abada and Giakoumakis, changes that many would say reflect our strongest squad.

It’s possible that O’Neill’s team was stronger – only fair – but I can’t think of another, even close, in my life.

On a day when the performance was a bit disjointed overall, some players still played.

Hatate was the star of the show and the deserved man of the match by a mile. He was excellent. It was full of little touches of shine and it worked its socks off. By God, did he work.

It feels like he was playing to prove a point today, and in some ways he was. His ability can seem absurd at times, and I can’t believe Japan chose not to include him in their World Cup squad. They can’t continue to ignore it on this kind of form.

Turnbull, who was threatening a big, big performance, produced it. He scored one and got stopped by the keeper. Haksabanovic, as expected, now that he has started scoring, is proving to be an invaluable asset.

It would be remiss not to praise Tony Ralston. I thought he had a cracker.

The subs didn’t have to look great, as they added energy and kept Ross County on their toes from the minute they entered. It’s good management of the game on the part of the boss. You could see Ross County losing heart, retreating further into its own box, all pretense of attacking intent gone the second three such powerful front men appeared.

This game was not without incidents. It wasn’t short of controversy either. But in the end it’s all about points, and that’s what separates us from the rest, that’s why we’ve moved up nine points.

There’s too much on this side, too much power, too much class and that’s why we’re pushing for a second title in a row under this manager.