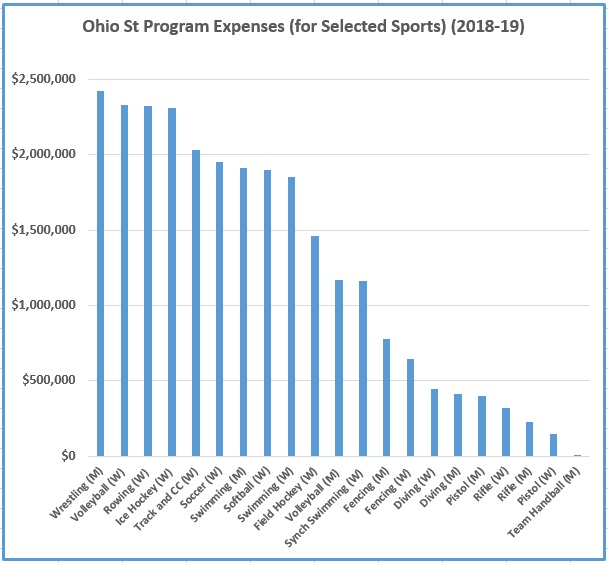 The COVID-19 pandemic has been a catalyst for several colleges and universities to reevaluate their collegiate athletic programs. And this reevaluation resulted in the removal of 90 athletic teams from the athletic departments of 26 schools. In total, approximately 1,500 athletes will no longer compete at the college level. (Source: NBC Sports: Cuts to college sports in the wake of Covid-19 cloud the future of Olympics participation)

As you can imagine, a number of people are very upset by this development. This includes the 1,500 athletes who in many cases lost partial college scholarships, college coaches who lost their jobs, and National Sport Governing Bodies (NGBs) who lost multiple sources for the development of future athletes. potential Olympics. Not to mention the $30 billion entrepreneurial youth sports industry that has sprung up in part to develop athletes to get those scholarships.

Many articles and comments point to the sense of shame that this collegial support for “Olympic” sports is being lost. And that this will inevitably have an impact on the performance of the American team at future Olympics. My visceral reaction to all this hand wringing is…

Wait a second… You’re not talking about “everything Olympic sports here. Cry me a river and welcome to my world, fencing, shooting, etc.

This visceral feeling is well founded, both as a former college handball player and as a coach. I have seen first hand the disparity in resources and support between what a “varsity” sport receives from the athletic department and what a club activity sport receives. It’s day and night. College sports athletes have scholarships, full-time coaches, dedicated training space, and substantial travel budgets. Club sports usually have no scholarships, volunteer coaches, often compete for gym space, and sometimes get a little funding to cover some of their travel costs.

However, when I started working on this commentary, I realized that I had to go beyond the gut reaction and that it would be best to quantify exactly what financial disparity actually is. It culminated in a trip down the rabbit hole only to find it was even worse than I had imagined.

It took a little digging and rearranging the available data, but here’s a chart that lists the total spend for each college sports program and team handball club.

It’s time to rethink these allowances… You think?

For me, this data was a real revelation. I always knew club sports were getting the shortest on the stick, I just didn’t realize how short it was. Seriously, handball’s budget is more than 1,000 times less than men’s ice hockey. Or just 44 times smaller than a female gun. Choose your college sport. It does not matter. It’s a big difference. A very big difference.

Does such a big difference make sense? Should there perhaps be an overhaul of how this funding is allocated?

Of course there should be. And, I am not alone when it comes to such a thought. Recently, the New York Times published an essay by Tom Farrey of the Aspen Institute, “Colleges cut varsity sports. It could be a good thing.In the essay, he makes several great points about why this could indeed be a good thing. How such a change could lead to fewer parents seeking scholarships for their children and how club sports can often provide a better balance for students between athletics, academics, and just being a student.

Overall, he concludes that:

“Reducing the number of varsity teams will mean fewer sports scholarships, but also potentially less money spent pursuing them and more university support for other forms of campus sports.“

I added the italics and bold, because the words “potentially more college support for other forms of campus sports” are music to my ears… except for that boring word, potentially . For such a reassignment is easier said than done.

In part 2, I will examine what it would take for the word to potentially become reality. At the same time, I will try to play devil’s advocate as to why sports like the Ohio State Synchronized Swimming Program should continue to expend resources at $1.1 million per year.