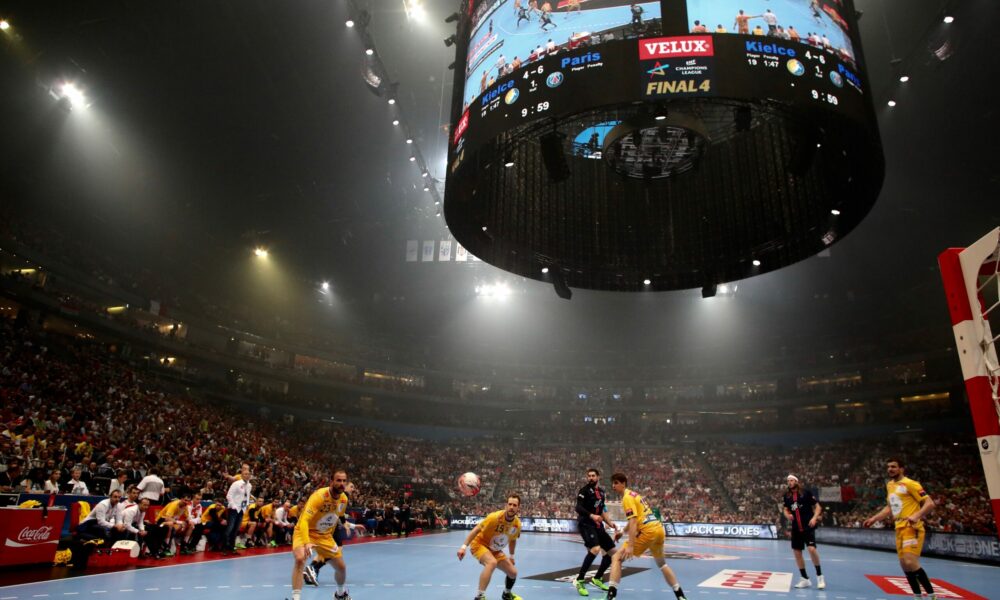 After the EXEC had already confirmed an extension from 16 to 24 teams for the EHF Men’s EURO 18 from 2024 and the EHF Women’s EURO 17 from 2025, the decision was taken to harmonize the system and also expand the men’s EURO EHF 20 and the women’s EURO EHF 19 in the same years.

Corresponding to the extension of the teams, motions were adopted which defined the qualification path for the men’s EHF EURO 18 2024 respectively the women’s EHF EURO 17 2025 and confirmed the general system of play for a category EHF EURO of younger age with 24 teams.

The remaining places will be decided via qualifying tournaments to be played in January/November 2024.

For the EURO EHF 20 men 2024 and the EURO EHF 19 women 2025, no additional qualification will be played, but the teams will receive their place either by their classification at the last YAC EHF EURO, or by the last EHF championship and possibly by the YAC ranking. competitions in 2022.

Event reporting and attribution of YAC events in 2023

The EXEC received the current ‘events report’ outlining the successful organization of the younger age category events over the summer, the current status of preparations for the EHF EUROs in 2022 and 2024 as well as the next steps towards the EURO EHF YAC and EHF Championships next year.

With the respective information and reports for host cities and arenas at hand, the EXEC has approved the awards for YAC events in 2023 as follows.

The EXEC has confirmed a motion submitted by the Beach Handball Committee which sees for the first time a draw for an EHF Beach Handball EURO in the same way as for indoor handball competitions.

For the 2023 event (May 24-28) in Nazaré, Portugal, the 16 participating teams (by gender) will be ranked in the performance rows according to the EHF Beach Handball Nations Ranking System, taking into account results of the national team for the last three (3) years and rankings at the European Beach Handball Championships (seniors and YAC).

The draw will take place after the team registration deadline in early February 2023.

Two new draft master plans may be in place after the EXEC confirmed plans from the Scottish and Croatian handball federations. The corresponding agreements will be signed during the Conference of Presidents on Saturday.

Scotland aims to make handball the indoor team sport of choice for primary schools in Scotland and wants to continue to build strong relationships with secondary schools within key local authorities, all in close cooperation with clubs. , to organize regional competitions in secondary schools.

Croatia aims to promote the overall development of handball, especially the development of grassroots football, and wants to introduce handball in kindergartens in Croatia in cooperation with clubs as well as introduce/include mini handball in schools primary (grades 1-3).

The Executive Committee took note of the 4-a-side World Wheelchair Handball Championship currently being hosted by the International Handball Federation in Cairo, Egypt. The EHF will host the combined EHF EURO and IHF World Championship as a six-man tournament from November 18-20 in Portugal. After the two events, an evaluation will take place to find a common solution on how to be part of the Paralympic Games.

Along with the notes from the EHF Marketing Advisory Board meeting on September 1, the Executive Committee was informed that EHF Marketing GmbH, the marketing arm of the European Handball Federation, has concluded its most successful business year yet. and the highest payout in EHFM history will be delivered after the end of the 2021/22 season. As provided for in the procedures, the distribution will be 80% for the clubs and 20% for the EHF.

The EXEC confirmed the schedule of meetings for 2023, including a date change for the 16e Ordinary EHF Congress which will be moved from 23/24 June 2023 to 14/15 September 2023. The Swiss city of Basel remains the venue for the congress.

The EXEC took note of the various reports submitted for information. This included an update on current business activities, an overview of the summer’s Respect Your Talent camps, the legal report and the report from the European Anti-Doping Unit.

An update was given on the progress of the new European House of Handball in Vienna and minutes from recent Finance Delegation and EURO meetings as well as EHF Technical Committee meetings at the end of August have been received.

The next EHF executive meeting is scheduled for 18-19 November during the final weekend of the EHF Women’s EURO 2022 in Ljubljana, Slovenia.