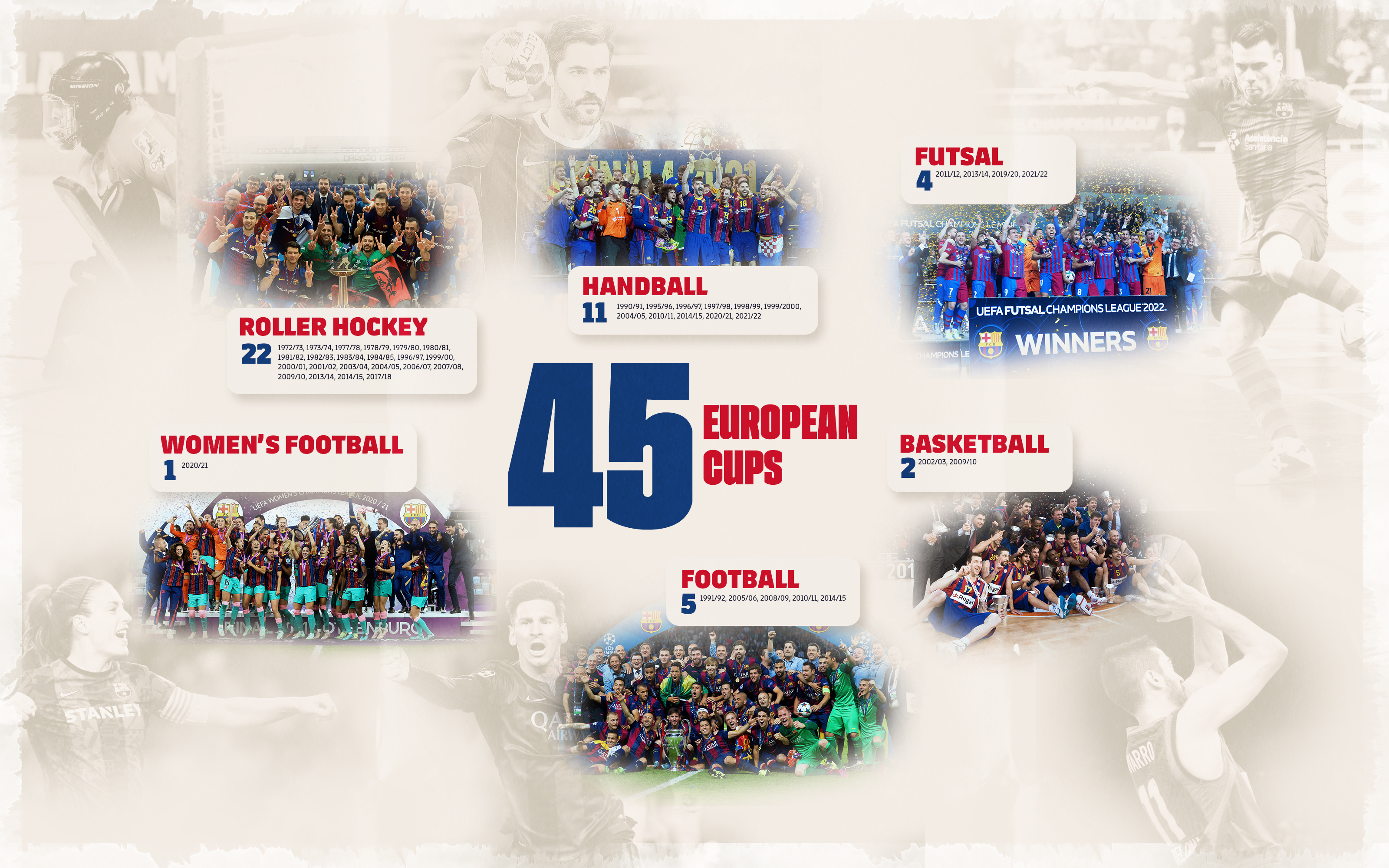 Back to back in handball

Barca’s first European title came in 1972/73, when the roller hockey team beat Benfica to win the first of 21 European Cups. The most recent in the sport was 2017/18.

And in 2021 in Gothenburg, the women’s football team claimed their first-ever continental crown with a clear victory against Chelsea.

In basketball, the team first hit the European skies in their hometown at Palau Sant Jordi. It was in 2002. In 2010, in Paris, they won the trophy again.

Barça had already won a European title this season, in futsal. Having also won the Champions League in 2012, 2014 and 2020, that now makes four titles for the section.