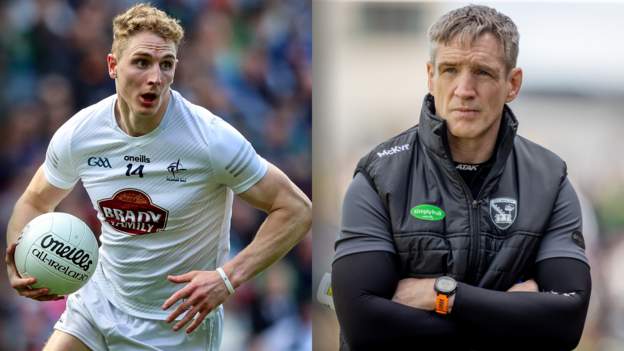 Daniel Flynn has revealed he and his Kildare team-mates discussed a strike to protest the sacking of Kieran McGeeney as manager in 2013.

McGeeney is the current boss of Armagh and will lead them to the All-Ireland quarter-final against Galway next week.

Nine years ago, however, Kildare club delegates voted 29 to 28 not to retain him for a seventh year, a decision that led to the senior players’ panel issuing a statement criticizing the county council and calling for McGeeney to get the job back.

Flynn was a young member of the team then and, speaking this week GAA Social Podcast, he explained how strong the feelings of the players on the matter were.

“It happened, it happened at this stage,” the striker said when asked if the players were considering coming out and saying they weren’t going to play.

“But I was a junior member of the team at this stage, so I didn’t know the ins and outs. It’s not me avoiding the question.

“It was almost 10 years ago now, but it was definitely mentioned and we definitely had a reunion and stuff like that. We wanted him to stay.”

He added: “I was young then, I wasn’t impressed, I wasn’t happy – we wanted him to stay.

“All the players wanted him to stay as far as I know. I don’t know what happened. It was a club vote, but the hurling clubs and the handball clubs had a vote. The players didn’t have a vote, though.”

McGeeney “up there with the best person you’ll ever meet”

Days after Armagh’s resounding victory over Donegal to reach the All-Ireland last eight, Flynn gave insight into McGeeney’s personality and the impact he had on him as a young player.

“I was talking to his mum after playing against Armagh in the league, she came up to me on the pitch, she’s a lovely lady,” he said.

“I can’t say enough good things about Kieran. Management aside, he’s probably up there with the best person you’ll ever meet as a man.

“He had a huge impact on me and also on that Under-21 team in 2013, and anyone around Kildare who was in the team at that stage.

“He could pick up the phone and a lot of people would still walk through the wall for him here. It’s not often you could say that about someone.”

Coping with homesickness in Australia

Flynn spent a year as an Australian professional footballer, playing for Port Adelaide in the South Australian National Football League in 2014/15.

However, the 28-year-old accountant struggled with loneliness during his time in Australia, something he spoke about on The GAA Social.

“I was probably a bit naive. If I had to leave now, with the life experience I have now, I would do everything completely differently,” he said.

“It’s far. I got a little homesick and I was young, I was 19-20 and I barely knew how to tie my shoelaces, I didn’t have a lot of common sense.”

He added: “I struggled to fit in with the culture. At the club it was fine, you would come in in the morning and you would come in at night and you got on well with the guys, you had the craic and that would be great but I found when I got home, to build a network there from scratch, I found it difficult.

“You’re in your bedroom with four walls and you’d be on social media to see what’s going on in your home.”

There was a particularly difficult time when Flynn’s grandfather was very ill and eventually died, which he struggled to deal with.

“My grandfather passed away when I was there and I just wanted to go home. They said you could go back for the funeral or go back to see him before he passed, that’s one or the other. And I ended up doing both.

“It’s tough, but it’s not babysitting either. I came back for six weeks. For the first week or two, I was grand, settling in here at home. Then, after a few days I was climbing the walls.The club had left the door open if I wanted to come back.

“So I came back in October for the offseason. I went back there in the form of my life, ready to go. And then when I came back at Christmas, I couldn’t go back, I pulled the rug .”