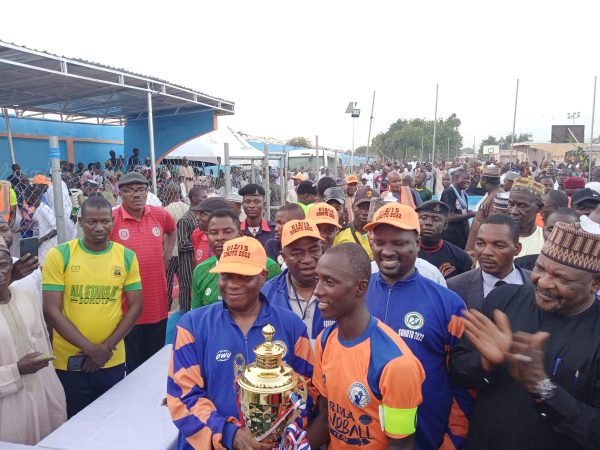 Governor Aminu Tambuwal of Sokoto State has donated N25,000 each to 400 participating national handball competition players and other officials to encourage development of the sport.

He reiterated his administration’s commitment to improving sports facilities as well as the general development of the sport.

Tambuwal announced the donations during the closing ceremony of the 2022 National Under-12 and 15 Boys and Girls Handball Championship at the Giginya Memorial Sports Complex on Sunday in Sokoto, adding, “It is part of my government’s programme.”

Tambuwal said investments in sport are aimed at reducing restlessness among young people and making them more productive as well as shaping their future.

According to him, sports activities have become global attractions, livelihoods and they have economic impacts in different categories.

“I enjoin the youth and general public to use these facilities for productive engagements and the development of the state.”

The governor further called for more investments and partnerships with the private sector to boost sports activities in the state.

Ningi said, “The magnificent buildings would facilitate the development of young people in the state.”

Alhaji Akibu Dhalhatu, Information Commissioner and Supervisor of the Ministry of Youth and Sports Development, said the state government is giving due attention to sports.

He said Sokoto United football club had made progress in the tournaments, adding that the national handball team, Rima Strikers, had recently won gold medals and become champions at the National Youth Games in the Kwara State.

News Agency of Nigeria reported that this year’s edition of the sporting event saw low attendance with teams from Kebbi, Zamfara, Katsina, Niger, Kwara and Sokoto States and FCT participating in the event. of a week.

The third in the series, teams from Kebbi, Sokoto and FCT competed for the honor in the U-12 boys category, with host Sokoto State featuring two teams.

The teams that competed for the honor in the boys U-15 category were Kebbi, Sokoto, FCT, Caliphate Academy, Suleija Shooters, Zamfara and Katsina.

In the boys U-15 category final encounter watched by a huge crowd, the host team, Rima Strikers, supported by the raucous fans at home, took the game beyond the reach of their opponent, Kebbi’s Equity Boys State at the start of the first half.

The Rima Strikers marked their supremacy by finishing the first half 12-2.

The final U-15 boys match ended 21-8 in favor of the Sokoto boys and medals were awarded to all winning teams.