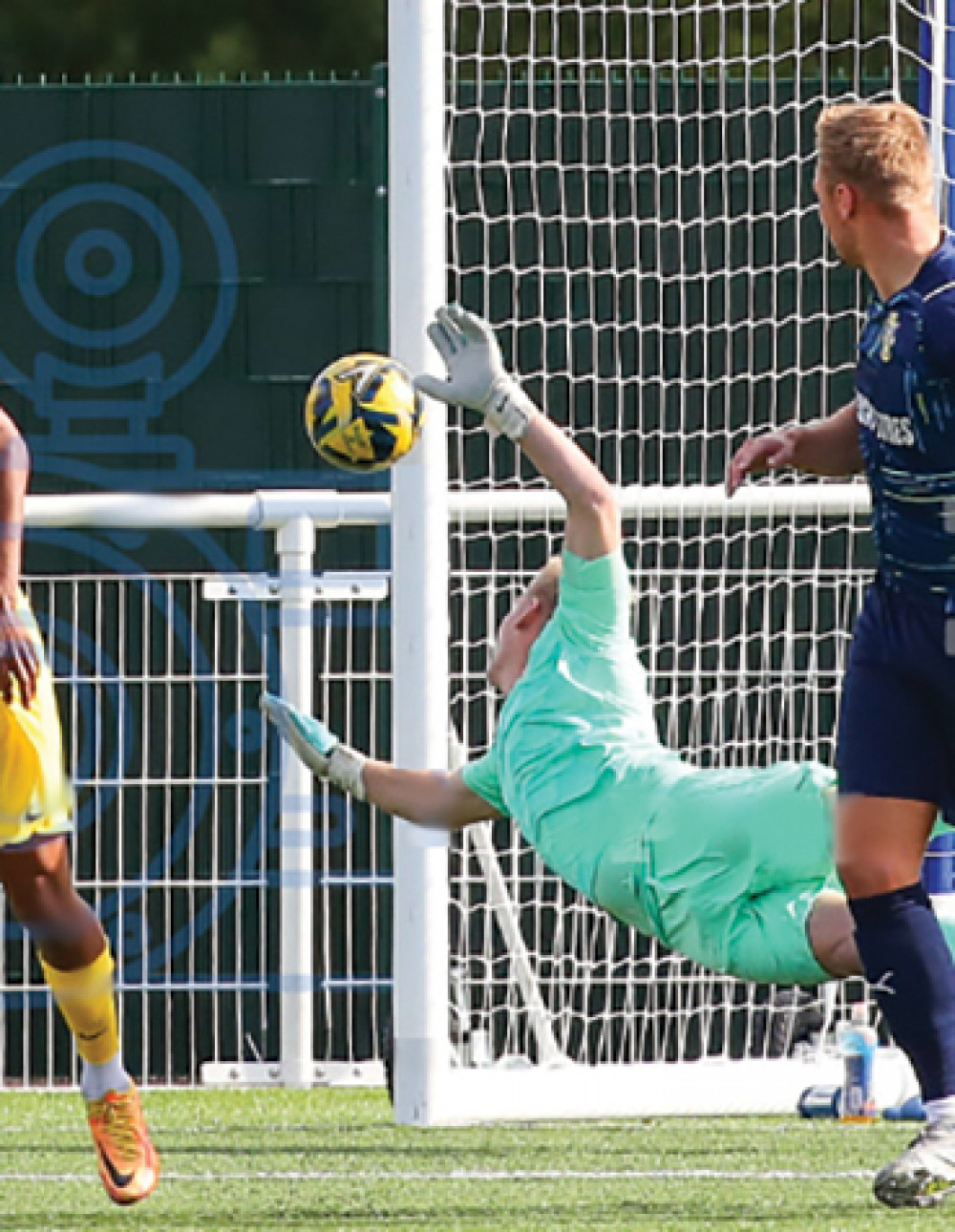 There was a disappointment at Parkside where Aveley was held by the basement club, dashing hopes of returning to the top of the Isthmian Premier table.

The visitors got off to a good start in today’s (Saturday 24 September) encounter and nearly opened the scoring in the opening rallies when a long ball over the top confused the home defence, but Ryan Scott was alert and came back to block Rory Smith. effort.

In response, Millers threatened twice when Manny Ogunrinde created a chance for George Sykes, whose shot was blocked – as was Brendon Shabani’s follow-up.

Herne Bay thought they had scored in the 14th minute but that was ruled out as the ball went out of play in the build-up.

It was nip and tuck and Shabani saw his effort well saved by Jordan Perrin at the other end and then debutant Blaise Riley-Snow – who counts Enfield Town, Raith Rovers, Alloa Athletic and Alicante City among his previous clubs – has created Ogunrinde for another chance but again the effort was stalled.

A header from Sykes flashed inches from the post and then Herne Bay was also a good one-goal margin away when, after an early save from David Hughes, Kymani Thomas’ shot also went past the post.

Other chances came and went, but the teams entered the break scoreless.

The parity didn’t last long in the second half as Aveley was awarded a handball penalty just three minutes after the restart and Sykes converted from the spot.

Aveley only had to hold the lead for ten minutes – and they had only themselves to blame when Smith grabbed a misplaced header towards Hughes and finished in the top corner.

And it could have been worse in the 68th minute when once again a great effort erupted just wide of Hughes’ goal.

However, Aveley needed to finish stronger and in the closing stages he went close when Harry Gibbs’ header was cleared and seconds later Benas Vaivada’s corner kick hit the post and bounced in safely.

But in the end the honors were tied and Aveley must have regretted the loss of an expected two points – which was made worse by the news that Hornchurch and Potters Bar, with whom they shared first place at the start of the day, had at the both won and a Bishops Stortford victory dropped Miller to fourth place.