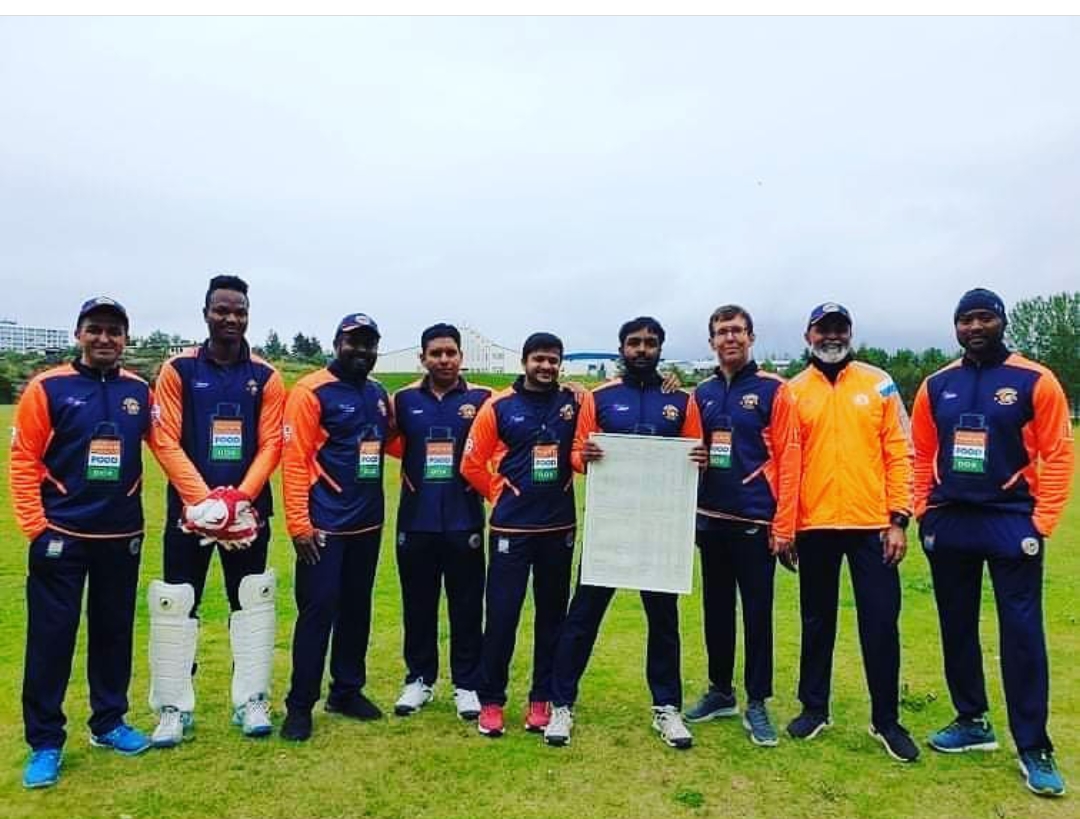 Playing cricket in a country like Iceland has its own challenges. However, it takes a collective effort from everyone involved right from the grassroots level in the belief that one day, hopefully, they too will be able to compete at the highest possible level.

With a population of just over 3.60 lakh, Iceland’s achievements in sports, especially football in recent times – be it their men’s performance in the 2018 FIFA World Cup or the fiery spectacle of their women’s team at the Euros recently – have been in the spotlight. With the country making significant progress in handball and even basketball, cricket found itself buried under all of these sports.

However, Abhishek Raj Chauhan took it upon himself to change the landscape of Icelandic cricket and over the years he made sure to put cricket on the map, with many teams from different countries, mostly across Europe, visiting the Nordic country.

One of his many contributions to cricket in Iceland begins Kopavogur Puffin who will complete 10 years and now compete with other clubs like Reykjavík Vikings, Vesturbær Volcano and Hafnarfjörður Hammers in what looks to be a thriving national structure could one day lead Iceland to ICC membership and give them more opportunities to compete with other members and further develop the game in Iceland.

In a conversation with Cricket.com, he traces his footsteps from the start of his career which, in many ways, is synonymous with that of Icelandic cricket. Here are the excerpts:

Cricket.com (CDC): I believe you founded the Kopavogur Club in Iceland which completed 10 years. What was the reason you started this cricket club in the first place? Are you doing anything special to celebrate it?

Abishek Raj Chauhan (ARJ): The main reason was to have more competition in Iceland. At the time, there was only one club, Reykjavík Vikings, and around twenty-five to thirty people playing cricket, mostly casually.

The formation of the Kópavogur puffins has allowed us to have domestic club matches in addition to occasional visits from foreign teams on tour. Now that we are well established and to celebrate our 10 year anniversary, we are releasing the world’s first Northern Lights themed cricket jersey for the 2023 season. It is already available for purchase for our fans.

ARJ: There are now four clubs and hopefully a fifth will be launched after the end of this season. Hafnarfjörður Hammers formed in 2019 and Vesturær Volcano emerged in 2021.

The best players from the four clubs are selected to the national team’s top-flight squad based on their performances in domestic club competitions over the past two years.

This year we played the Volcanic Ashes Indoor (T20), Icelandic Premier League (Islenskt) (T20) and Sixty Ball Shootout (T10). We will play the Valhalla Cup (40 overs) in August, and in September we will play the Ashes on Ice Test (two days, two legs) and the Samuel Gill Trophy.

Puffins from Kópavogur won Volcanic Ash, while Hammers from Hafnarfjörður won both leagues.

CDC: What are some of the challenges of playing cricket in Iceland? Is there a ground dedicated solely to cricket or does the sport continue to be played on football pitches?

ARJ: Since May 2019, all of our club matches have been played at Víðistaðatún, the northernmost cricket ground in the world. It was inaugurated by Katrín Jakobsdóttir, the Prime Minister of Iceland, in a grand ceremony. Before that, we mainly played on an inadequate and rough grass pitch in Klambratún or on an artificial football pitch in Kórinn.

The Víðistaðatún facility has its own changing rooms and store nearby, and the local council takes care of the outfield. The park setting is also very nice, with a lava field, a church, a pond and a campsite around the location. The disadvantages are that we are not yet allowed to lay a permanent location, with a concrete base and a mat.

Other problems concern the weather, which is often capricious and rarely exceeds 15°C even in summer. Most matches are played in windy conditions. But overall we are lucky to be able to play cricket this far north and be able to play outdoor games from early May to mid September.

CDC: Is ICC membership Iceland’s next goal? Do you think you’re on track to get it in the next two years?

ARJ: Yes, the Icelandic Cricket Association, the governing body to which we are affiliated, is planning to apply for membership in the next 2-3 years. There are a number of criteria they must meet, including the development of eight teams playing men’s, juniors and women’s cricket. Junior training has resumed this winter and will be expanded in 2023, while women’s cricket initiation is set to take place in the summer of 2023 instead.

As I said, we plan to have a fifth men’s club very soon and hopefully a sixth soon after, so eight is certainly possible within the next three years.

CDC: Is there still interest in cricket among locals? Does the Kopavogur Club do anything to encourage them to practice sport?

ARJ: There is considerable curiosity among locals who stumble upon our matches, and many stop by to watch and learn about the rules. In Kópavogur we have had three native members in the last two years – Jakob Robertson, Ólafur Briem and Elliði Vatnsfjörð Jónsson. Jakob was the national team captain in 2015 and 2016. 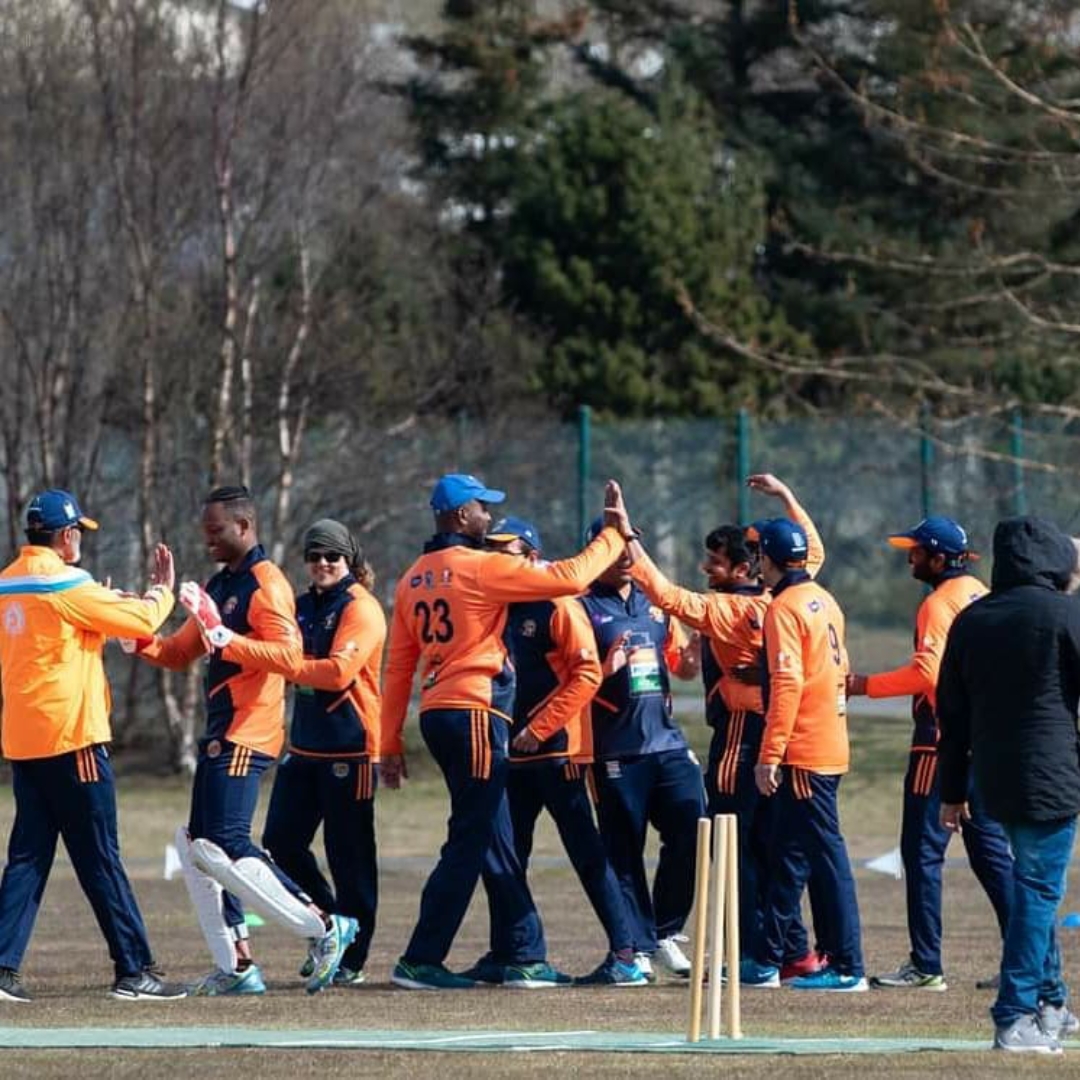 We hope to increase the number of Icelanders playing the game over time. The enthusiasm was particularly strong during the Icelandic Cricket Association’s youth training sessions and when we visited secondary schools to demonstrate cricket to teenagers.

Ultimately, we want cricket to be as popular a sport here as golf or tennis, which have really taken off in recent decades. We will never be as big as football or handball, but we believe cricket can have its place and that requires more Icelanders to play the sport at a young age.

ARJ: It tries to actively engage fans and give all sorts of opinions, some serious ones, but it’s mostly a fun account that tries to remind people to enjoy cricket.

Cricket is not just about statistics and life or death victories, as some claim! The Twitter account is managed by David Cook, captain of the Kópavogur Puffins for the past two years. He is a university researcher here in Iceland and a very slow left arm bowler.

CDC: Iceland’s first international match was a 50 affair against Switzerland in 2018. You played in the Valletta Cup which also featured the Czech Republic, Malta and Hungary. Tell me about this experience and are there any other matches planned in the near future?

ARJ: Our first international match took place on neutral territory in Weybridge, England. It must be said that everything went well for us in this match against the Swiss, which we won by 215 points. Our top batsmen, Dushan Bandara (134) and Derick Deonarain (61) both performed excellently and we were thrilled to do over 300 in our very first “ODI”.

Bowling is the strength of the national team, so we were confident we could defend the score, which we did with ease. Coming to the following year’s Valletta Cup in Malta was a more grueling experience and a reminder of the realities of competitive international cricket between the associated nations. Although we pushed Hungary and Malta hard enough in our first two games, we just didn’t score enough points and lost every game.

After this tournament, we had hoped to play more international cricket but our ambitions were dashed by the impacts of the COVID-19 pandemic, which made travel difficult. We will play the Baltic Cup in August 2023 in Tallinn, Estonia. This will include Estonia, Lithuania and Latvia. It will be interesting to test yourself against these nations after 12 months of intense preparation.