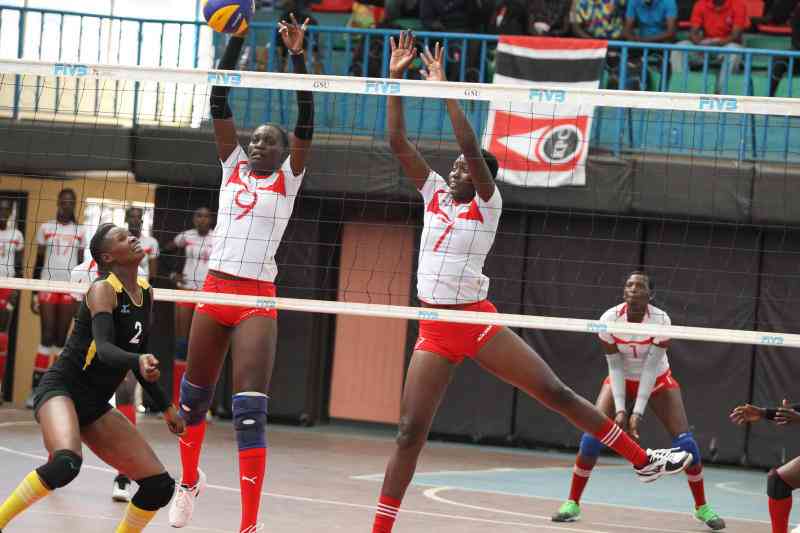 Parading international players, both teams had plenty to offer in the four-set thriller.

The victory put Pipeline in a better position to fight the Kenya Prisons title which skipped the Mombasa stage.

Coach Gitau aims to lead his charges to the playoffs and win the title.

Under the tutelage of Japheth Munala, the Bankers did well in the first set before Pipeline took control to win the set.

In the second set, the reigning African women’s club champions didn’t let their opponents breathe as they crossed the ball over the net at will to dismantle the pipeline game pattern.

Pipeline, who won bronze at the 2019 Africa Women’s Volleyball Club Championship, regrouped to win the third and fourth sets as her opponents watched in disbelief.

Captain Edith Wisa, Mercy Moim and Phosca Kasisi were outstanding for the bankers while Pipeline relied heavily on center blocker Triza Atuka and experienced outside hitter Naomi Too.

Three more games were not played after Kenya Prisons, Nairobi Prisons, Kenya Army and Vihiga failed to show up.

2022-11-11
Previous Post: “I have a pure passion for this sport”
Next Post: Next-gen coaches ready to help shape the future of handball