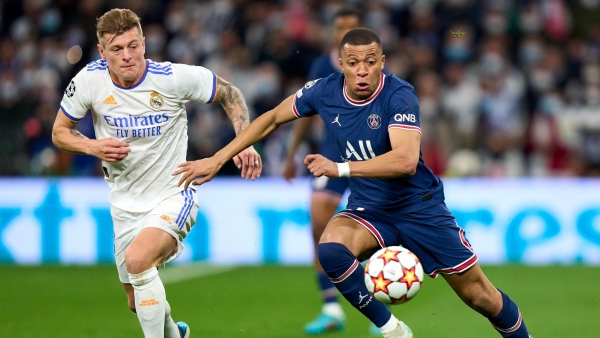 LaLiga have demanded an investigation into how Paris Saint-Germain were able to finance a successful new contract for Kylian Mbappe.

The Spanish league body, led by president Javier Tebas, said it would ask UEFA and French and European authorities to investigate the financial affairs of the Ligue 1 champions.

The World Cup winner signed a deal until 2025, turning down an offer from Real Madrid. It’s safe to assume that the 23-year-old signed one of the most lucrative deals in the history of the sport.

PSG managed to lure Neymar, Lionel Messi and Sergio Ramos away from LaLiga clubs, and Tebas said in a Twitter comment that French club president Nasser Al-Khelaifi had become “as dangerous as the Super League”.

He said a deal such as the Mbappe deal “threatens the economic sustainability of European football, putting hundreds of thousands of jobs at risk and the medium-term sporting integrity, not only of European competitions, but also of our national leagues”.

The statement added: “It is outrageous that a club like PSG, which lost more than 220 million euros last season, after having accumulated losses of 700 million euros in recent seasons… with a cost sporting numbers of around 650 million for this 21-22 season, can reach an agreement on these characteristics while the clubs which could accept the arrival of the player without seeing their wage bill compromised, find themselves without being able to sign him.

“For all of the above, LaLiga will file a complaint against PSG before UEFA, the administrative and tax authorities in France and before the competent bodies of the European Union, to continue to defend the economic ecosystem of European football and its sustainability.”

LaLiga’s statement also directly attacked Al-Khelaifi, saying he hoped that “he would refrain from practicing these practices knowing the serious damage they cause”, given that he holds senior administrative positions in European soccer.

“This type of behavior led by Nasser Al-Khelaifi (…) is a danger for European football at the same level as the Super League,” said the statement from the Spanish league.

He added that PSG’s spending “undoubtedly involves a breach of the current rules of economic control not only of UEFA, but of French football itself”.

Al-Khelaifi has been chairman of PSG since October 2011, with Qatar Sports Investments orchestrating a sweeping change at the French club, bringing a host of global superstars to the Parc des Princes.

Manchester City, under Abu Dhabi, is another club that has spent big and achieved a level of success in recent years unprecedented in its history. Newcastle United, meanwhile, is now majority owned by the Saudi Public Investment Fund.

LaLiga said of PSG’s spending: “These behaviors show even more that state clubs do not respect or do not want to respect the rules of an economic sector as important as football, key to the sustainability of hundreds of thousands of jobs.”