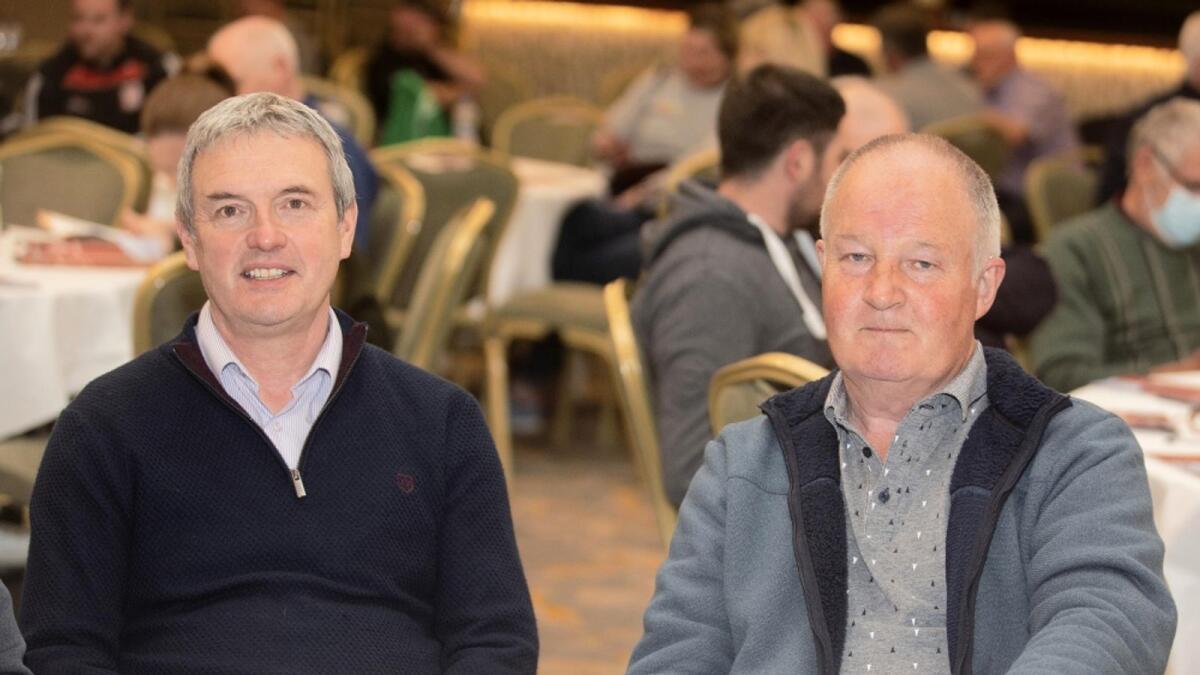 At a well-attended meeting held at the Park Hotel on Wednesday evening, the Westmeath GAA Strategic Plan 2022-2026 – Ag ramhaíocht le chéile agus sa treo céanna (rowing together and in the same direction) was launched with Marty RTE’s Morrissey acting as master of ceremonies.

Niall O’Brien, Chairman of the Strategic Review Sub-Committee in his opening address detailed the rigorous processes that have been undertaken to produce the blueprint for the future of Westmeath GAA.

Describing the committee “as one of the most enjoyable I’ve worked on,” O’Brien explained the mechanics involved in crafting the report and the extensive research undertaken. In addition to desktop research, an online survey was conducted among Westmeath GAA members of the public which attracted an impressive 541 respondents; an online survey of Westmeath GAA clubs received 33 responses; online consultations were also conducted with members of the county’s hurling, women’s soccer and camogie teams.

The purpose, vision and values ​​of the Westmeath GAA form the basis of the main focus areas of the plan. The promotion of Gaelic games, culture and lifelong participation as a community-based, volunteer-led organization that enriches lives and communities is identified as the aim of the association. Creating a ‘sustainable, volunteer-run community association where as many people as possible participate in Gaelic games and culture for as long as possible’ is the association’s key vision. Six “permanent” principals provide operational guidance. These are identified as community identity, amateur status, inclusiveness, respect, player welfare, teamwork and volunteerism.

The strategic plan identifies six focus areas which are central to the future development of Westmeath GAA with an ambitious target identified for each focus area. The development of coaches and games with the aim of improving participation and performance across all codes, grades and levels is the first area of ​​interest listed, followed by finance and fundraising with the aim of “building a model of financial sustainability for the GAA at Westmeath”. Governance is at the center of concerns

area number three with an objective ‘to ensure and demonstrate good governance in all areas of the Association at Westmeath’.

The key area of ​​public relations, marketing and communications aims to “develop a successful level of communication with all stakeholders, with effective promotion and marketing of our activities”. The Facilities Development focus area aims to “provide top-level facilities to our players and spectators”. Community and club improvement with its aim of “supporting county clubs to help them improve their performance and structure” is the last area of ​​intervention identified. A goal is identified for each goal and the specific actions required to achieve the goal are listed; progress indicators are also identified to measure the effectiveness of actions.

County Chairman Frank Mescall also addressed the gathering. Touted by Marty Morrissey as ‘a person of enormous gravity and a decent man’, Mr Mescall began by paying tribute to Paddy Flanagan ‘one of Westmeath GAA’s greatest men’ and after detailing the extraordinary career of Paddy Flanagan as a player and administrator, some time has passed. in silent prayer for the late Mr. Flanagan.

Frank Mescall described the strategic plan as “our map, the destinations are drawn and it is our duty to identify the signposts along the route to reach our final destination”. He “agreed with everything in it” and accepted responsibility for seeing that the plan was implemented.

It was up to Westmeath management to drive the plan and in his speech he prioritized two issues in particular. Good governance was crucial and “comes loud and clear to us from Croke Park,” Mr Mescall said. Westmeath GAA “has a duty of openness and transparency to our management, our clubs and our public.” Mr Mescall also acknowledged that governance was also “an area where discretion is needed” at times.

Mr. Mescall also addressed the issue of facilities or rather the lack of facilities at the county level. “We are not in a good position in terms of facilities and this needs to be addressed, which will involve a huge commitment from all stakeholders.” Westmeath clubs have magnificent pitches and facilities with county facilities second only to what clubs have to offer their members and therefore ‘our senior county bowlers have to beg for a pitch’. Work has been undertaken to rectify this situation, “We must prepare for the future and the clubs will have to contribute, voluntarily we hope, but as a last resort, a levy may be required”.

The spirit of Páidí Ó Sé was also recalled when Mr. Mescall explained that the slogan attached to the title of the magazine “Ag ramhaíocht le chéile agus sa treo céanna” which means “to row together and in the same direction” was a saying favorite of the legendary Kerryman and clearly emphasize the importance of teamwork. “Now is the time for the various stakeholders in the Westmeath GAA community to start rowing together and in the same direction,” Mr Mescall concluded.

A brief discussion took place before Marty Morrissey closed the launch. Ever the showman, Marty asked the audience to look back five years and imagine a situation where Westmeath trailed Meath by two points as Leinster’s senior football final entered its final seconds. A final second goal clinched Leinster’s second title from Westmeath. The three cheers Marty called for ended the evening on a high.

The Westmeath County GAA Committee will oversee the progress and monitoring of the strategic plan. Six sub-committees will be created to plan the overall implementation of the goals in each of the six focus areas.