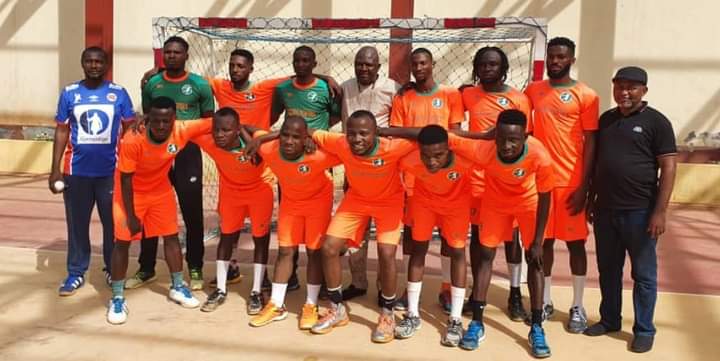 Abuja Poverty Fighters Handball Club are set to ruffle the Gladiators as they storm Makurdi, the capital of Benue State, for the 3rd edition of the Central Handball Championship -north.

Founded seven months ago, the new club, which is taking part in the championship for the first time, is determined to give established teams a hard time, such as Niger United, Safety Shooters, Benue Buffaloes.

Mentored by veteran and popular coach, Abdullahi Jibrin, the club will leave Abuja for neighboring Makurdi on Friday as the week-long tournament hits the ground.

Speaking ahead of the competition to be held from August 19-26, coach Jibrin said the boys are eager to show off their skills and make themselves known for the challenges ahead.

He noted that the tournament is an ideal ground for the players to have a competitive atmosphere, adding that any club that underestimates them does so at their peril.

“The tournament is ideal ground for us as a new club. We have a philosophy and a mission to achieve and participating in the Central North Handball Championship will give us the necessary visibility as a new team before our future projects.

“We are new but not naive. We have established clubs in the tournament, but my boys are determined and eager to give them a hard time. We are not going to Benue to do extras. Any club that underestimates us does so at their peril,” he said on Friday.

The Shooters didn’t find the game funny as they struggled to beat the Fighters 31-23 on Wednesday.

Safety Shooters and Safety Babes, owned by the Federal Road Safety Commission, FRSC, are the defending champions in the men’s and women’s categories, respectively.