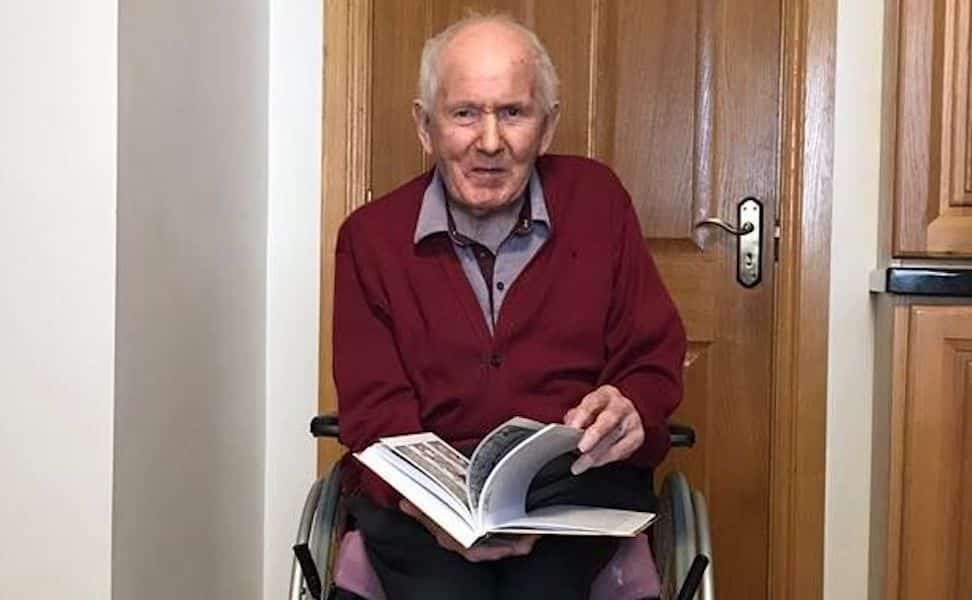 Tributes have been paid to a hugely popular pharmacist who worked at the heart of the Crossmaglen community for more than 40 years after his peaceful passing on Thursday.

Luke Murphy, 95, was a city mainstay for many years – a man known to many for his business, his love of the Cross’ Rangers and his unwavering commitment to the community he served so diligence.

And it was the Crossmaglen Rangers who paid tribute to the man who turned 42 in the city in January.

Sharing an anecdote of the great man on social media, the club said: “Luke vividly remembers a young lad going to Mullaghbawn to support Cross’ against Newtownhamilton in the County Armagh final.

“Newtown was up front when the ball was kicked into a cornfield behind O’Hanlon’s Bar. A search ensued but the ball was never found (this might give another story but that’s for another day!) and with only one ball in the day the game was abandoned and Newtown was crowned county champion.

The post added: “Luke was educated at St Patrick’s College, Armagh and during his time here was a key player for their team and won a MacRory Cup medal.

“When his studies ended in Armagh, the war had just ended and, as was common at the time, Luke went to Belfast to serve his time in his chosen career, a pharmacist. “Peter McCoy from Clonalig was Belfast club secretary Patrick Morans who was located in King Street and that was the team that Luke joined. Handball was also being introduced to Antrim clubs at this era and Luke decided to try it too!

“Luke’s stay in Belfast was very successful; he wore the colors of Antrim both on the Gaelic pitch and on the handball pitch. Returning to Cross’ in the late 1950s, Luke was transferred to his local team and what was to be the highlight of his sporting life happened in 1960 – Luke won a championship medal wearing black and amber.

Many others paid tribute describing him as a “legend” of Crossmaglen, but overall the feeling was what a “true gentleman” he was.

Luke was the devoted husband of the late Joan RIP, cherished father of Máire (Owens) and Colm.

He was a dear stepfather to Paul, beloved grandfather to Laura, Luke and Niall and brother to Sr Mardie. He is predeceased by his parents Pa and Kathleen, his brother Bernard and his sister Patty (Donaghy) RIP.

Funeral on Saturday July 16, leaving at 10:15 a.m. for St Patrick’s Church Crossmaglen (via North St) arriving for Requiem Mass at 10:30 a.m. The live broadcast of Luke’s Requiem Mass can be viewed via the parish webcam www.uppercreggan.co.uk Burial then in the adjoining cemetery.

Family flowers only – donations in lieu if desired to the Parkinson’s Society. Information from the funeral directors Mc Conville Crossmaglen East: 1830 tel: 02830861212