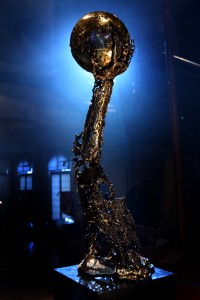 The Champions League has begun! – News from the handball team

You may be surprised by this section, but you will understand if you have followed my previous writings on this subject. For me, it is now, with the round of 16 (or 1/8 finals) that the real competition has begun. Over the past few months, we’ve been through quite a long period with many boring matches and predictable results. Now, with 16 of the best teams battling for the quarter-final spots and beyond, we’ve finally arrived at the stage where the absolute best teams meet and every goal counts in every game.

I understand the politics of the question, so I know why 24 seems such a convenient number. This allows several other countries to participate in the main round of the Champions League, even if it is with a team that does not really belong there. And some people say it’s not so good if we see too many games with only German or Spanish teams. But as far as I’m concerned, a main round with 4 groups of 4 teams is the reality.

John Ryan said a few days ago that the bookmakers had made the four group winners big favorites in road games last weekend. But only Chekhovski had an easy team, and that was really due to the draw against Bosna. Kiel only woke up in the second half, and Ciudad Real’s relatively comfortable victory depended mainly on Sterbik’s good day in goal. Montpellier lost in Schaffhausen, which undoubtedly confirms that this year Chambéry is the only really strong team in France.

The closest of the other games was Flensburg’s 27-26 win at Szeged and RN Loewen won another tough battle in Zagreb. But we can’t be entirely sure that means they will win so easily at home this week. Hamburg and Barcelona won by more comfortable margins at home. Barsa’s clear win was perhaps a bit of a surprise and it only came after Sjostrand in goal brought it all to a halt in the final stages. It will be difficult for Veszprem to catch up after losing by seven.

For next season (or a year later), there are already some interesting changes being discussed. Top clubs are seriously worried about playing Champions League games at weekends, as it forces them to play many of their league games during the week. They would prefer UEFA’s practice in competitive football, where European matches are played on weekdays, leaving weekends for full rounds of domestic league matches.

Another change sought by some of Europe’s top leagues is to reduce the number of EHF competitions, by combining the EHF Cup and the Cup Winners’ Cup into one event. This might be easier to argue for countries that currently get five to eight participants in the various cups, but it might not be as popular among countries that would lose one or more of a much smaller number. Of course, it could be argued that the multitude of side events is detracting from the attention given to the Champions League. But for me, the most important change would be to find a format where the main round of the Champions League would not have more than 16 teams!

In the meantime, watch the exciting matches on EHF-TV, starting on Thursday with Rhein Neckar Loewen hosting Croatia. Will Croatia be able to reduce German-Spanish domination?