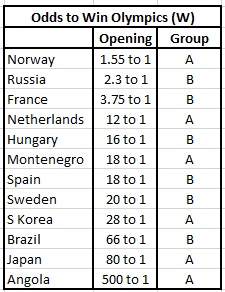 The Olympics are now less than 4 weeks away. Courtesy of 10 Bet, here are the current odds for each nation to win gold