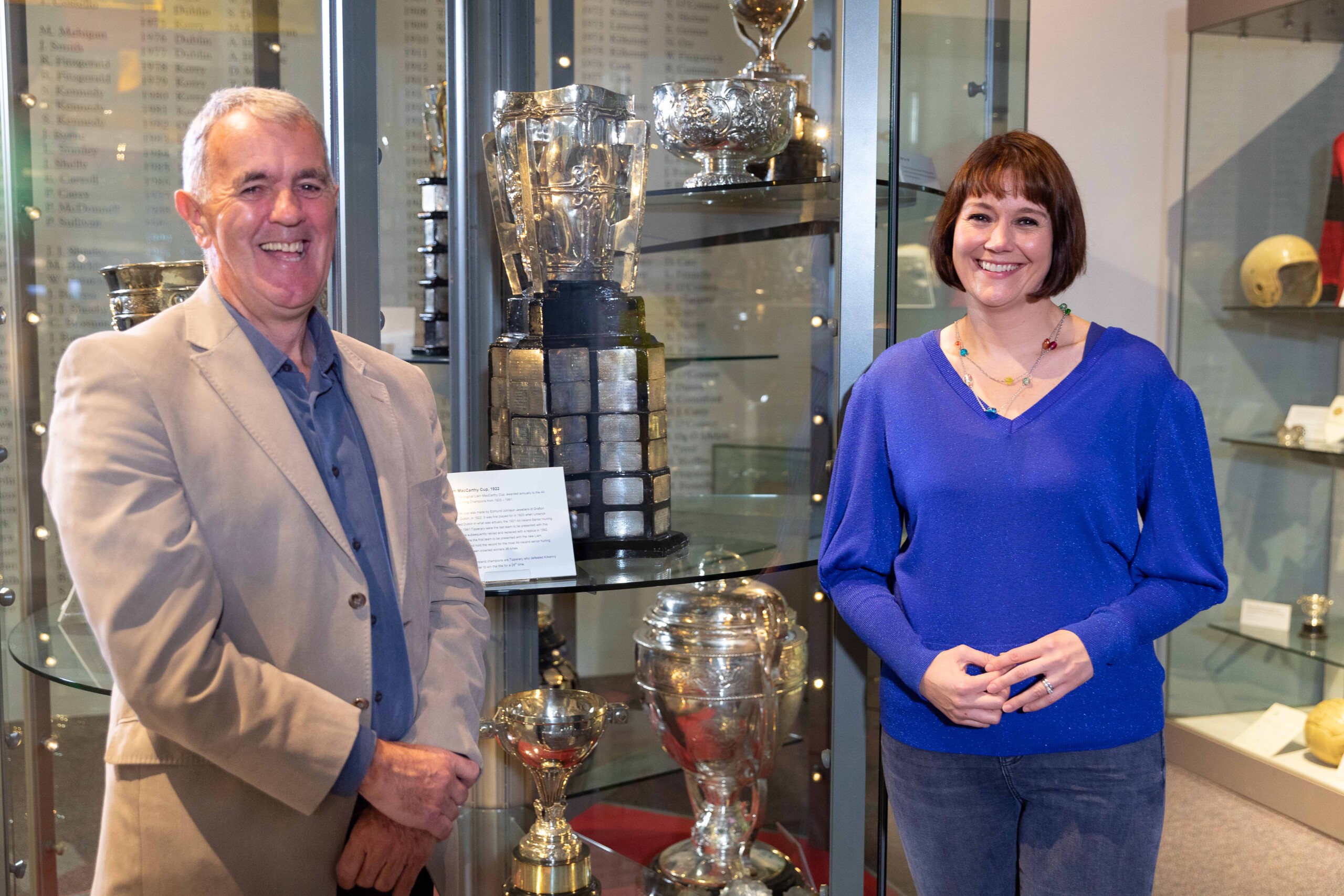 The stories behind the country’s GAA silverware

She will discover how some cups are named after Irish revolutionary patriots such as Roger Casement and Terence McSwiney, how other trophies are named after clergy, and still others named after prominent GAA administrators, who contributed to the development of the Association and how even more are named after players and grassroots members, their memory lives on through the trophies and cups named in their honour.

The series begins with Gráinne’s visit to the nation’s capital.

First shown in 1886, it uncovers the oldest known GAA trophy – the Silvermines Cup.

She visits Faughs GAA Club to see a much-loved piece of silverware named after well-known publican Tommy Moore, who influenced the development of hurling, and hears about the senior football cup offered by Clerys department store.

She discovers the Kathleen Mills Cup, commemorating one of the most decorated players of all time, and visits Croke Park Museum to meet Sam and Liam, two of Ireland’s best-known pieces of silverware.

Episode two takes Gráinne to his native Monaghan, a county that has seen a recent growth in Gaelic games silverware with new cups replacing old ones.

She hears the transatlantic story behind the American Cup and learns about the Gloria Corrigan Memorial Tournament.

All Roads Lead to Saffron County in Episode 3.

Antrim is a stronghold of hurling and Gráinne is keen to find out more about the Volunteer Cup, affectionately known as the Big Ears, as well as Roger Casement’s historic role in competing for the Shield of Heroes.

It’s not just about throwing and Gráinne travels to Belfast to learn more about senior football and the Seamus McFerran Cup and a local club who present a trophy in loving memory to 16-year-old camóg Bronagh Kelly. She meets John Gough, referee of a controversial All-Ireland football final and discovers that silverware is not just for players.

Best known today as a footballing stronghold, Gráinne discovered that the North West had historical ties to hurling and camogie.

She learns about a much-loved priest who has three cups named in his honor and before visiting Páirc Mhic Cumhaill County Ground, to learn more about the Democrat Cup and the importance local newspapers have played in the sporting tradition of Donegal.

Here she discovers one of the oldest trophies in the country, the Odlums Irish Purity Cup and she visits a local handball club which is teaming up with Gael Linn for a very special tournament.

Gráinne meets the family of young footballer Pia McDermott Geraghty whose silverware is still remembered and she travels to Ballinasloe to check out legendary Galway pitcher Michael ‘Inky’ Flaherty.

The Scéalta na gCorn series ends in rebellious County Cork, triumphant winners of all Ireland in football, hurling and camogie over the decades.

A county steeped in history, Gráinne is keen to learn about the silverware honoring patriots such as John “Flyer” Nyhan and its deep connection to the War of Independence and former Mayors of Cork, Tomás Mac Curtáin and Traolach Mac Suibhne.

She will also hear about trophies named after some of the county’s influential women in football such as Mary Quinn and a curiously named cup called Little Norah.