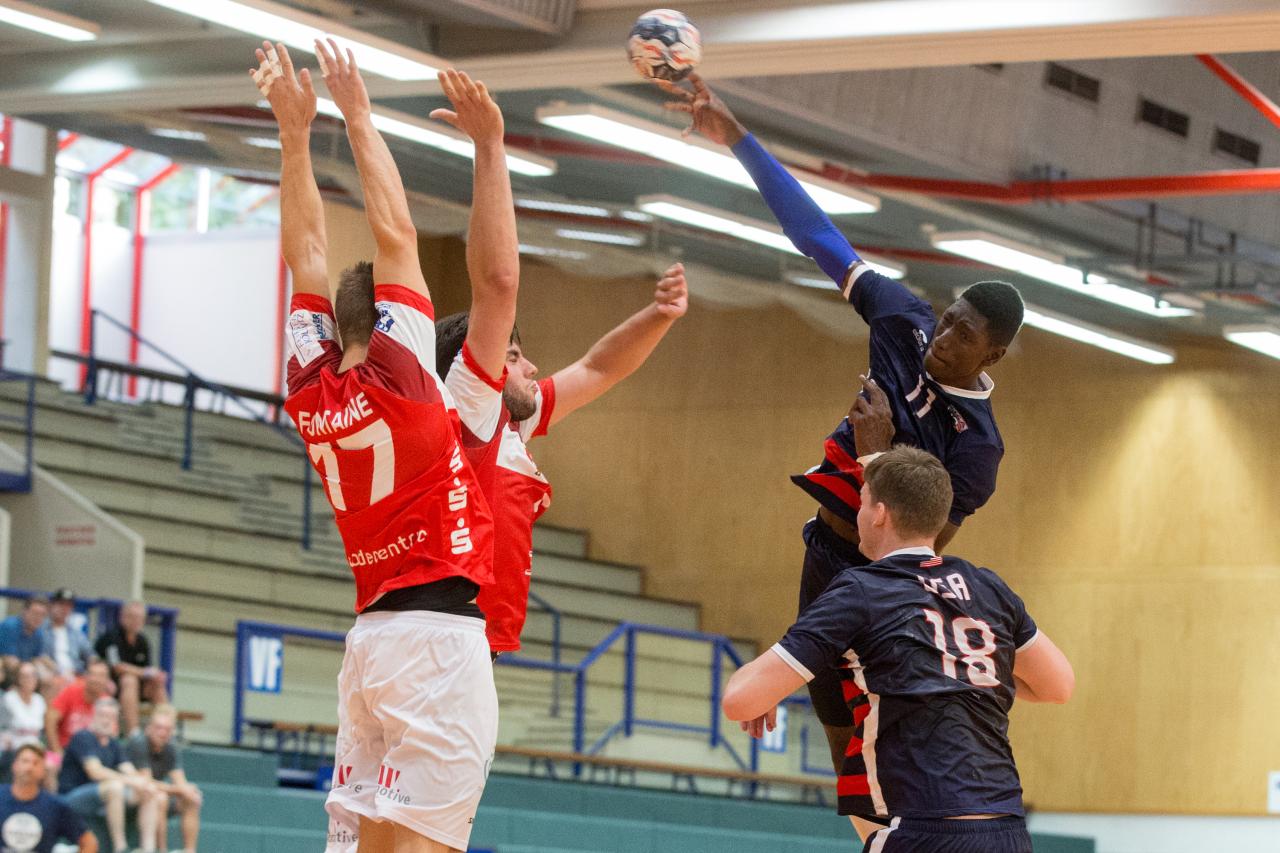 
Abou Fofana in attack against Bergischer HC in Germany

The United States Men’s National Team is currently in Dormagen, Germany, for a training camp ahead of the upcoming PANAM Games qualifying series against Canada in September. New head coach Robert Hedin and assistant coach Mark Ortega called up a mix of players based in the United States and Europe. Veteran Gary Hines who plays for HSC Bad Neustadt in Germany and Javier Coba Galindo who plays for Sant Marti-Adrianec in Spain are notably present. Also present are Antoine Baup, Paul Skorupa, Abou Fofana and Rene Ingram who have represented the United States in junior and junior competitions.

USA have played 2 games so far. On Saturday they lost to 2 of GWD Mindenn/a team, 41-19 and on Tuesday they were beaten by 1st Bundesliga side Bergischer HC 40-18. They will play a team from Dormagen tonight which will include players from their 1st team and 2n/a crew. On Thursday and Friday, the United States will face TV Ratingen and TSV Vellmar. Both of these clubs are lower division teams and will likely lead to more competitive matches.

Also of note, the USA coaching staff met with Domagoj Srsen who recently signed with Hannover. Srsen, 27, has already played for the United States at the 2011 PANAM Games and, as far as I know, this season will become the first American to play in the German Bundesliga. Srsen has expressed his commitment to the USA schedule, but will not be available for matches outside the international windows of the Bundesliga schedule.

Photos and report of the Bergischer HC match: Link