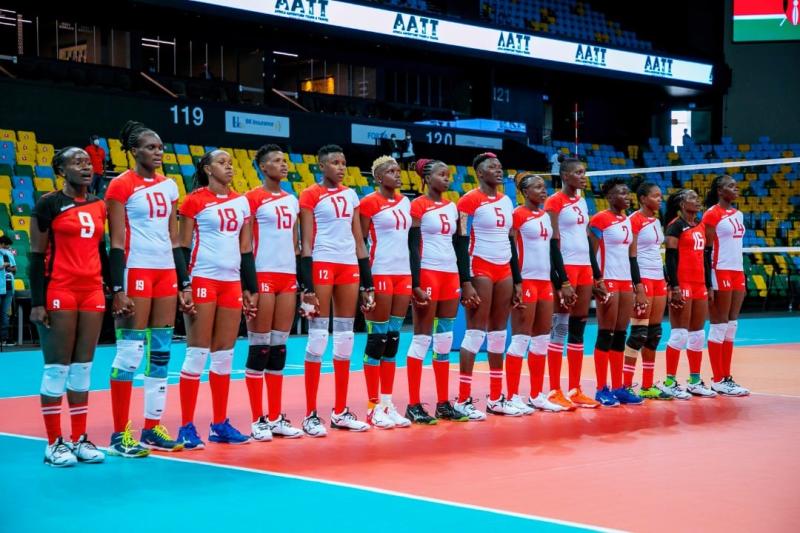 Newcomers Belinda Barasa and Magdalene Mwende have been selected as the Kenya Volleyball Federation (KVF) released the final Malkia Strikers traveling squad for the top-flight training camp in Brazil on Friday.

The duo are among 16 players included in the Women’s National Volleyball Team for the World Championships scheduled for September 23-October 15 which will be co-hosted in Poland and the Netherlands.

Barasa and Mwende will battle for the starting spots against regulars Edith Wisa, Gladys Ekaru and Lorine Chebet in the middle blocking department.

Violet Makuto is making a comeback after turning down a call-up during the World Championship qualifiers held in Rwanda last year.

Left-hander Makuto will be battling for a spot with Sharon Chepchumba, the recently celebrated African Club Championship Most Valuable Player.

Opposite forward Chemtai and outside hitter Masaisai were part of the squad that made it to the delayed Tokyo Olympics, while the fit-again Atuka missed the Olympics with a knee injury.

The 16 players and two officials are expected to leave the country on Sunday for a two-month high performance training in Brazil.

The team will then travel to Serbia to play warm-up matches with the hosts and Colombia before heading to Poland for the championships.