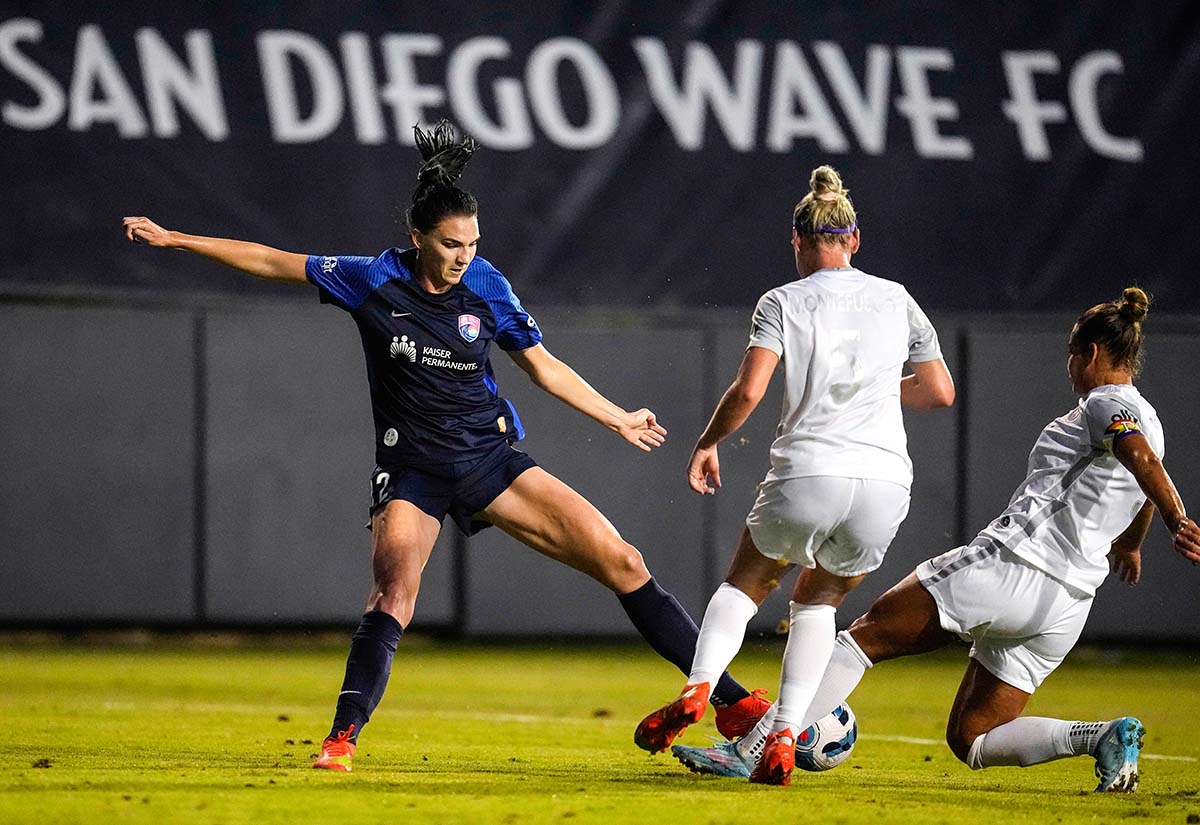 “It’s a disappointing night – it hurts,” Stoney said. “I’m empty. The players. The clubs. The league. Deserve better. That’s why I’m disgusted. I’m disgusted that we lost when we had a chance to win the game.

A called penalty that resulted in the only score was heavily criticized after the National Women’s Soccer League game.

San Diego (7-5-4) got off to a good start with their first shot in the fifth minute, which Alex Morgan sent to the right post from the center of the box. Throughout the game, Wave had 19 shots against Orlando’s eight but couldn’t finish their chances for the win.

The result of the match ended in a handball called inside the Wave zone in the 23rd minute. Orlando’s Meggie Dougherty Howard (4-4-6) converted from the spot, sealing Orlando’s victory.

Remarking after the game about the penalty, head coach Stoney said: “She (Kaleigh Riehl) doesn’t even look at the ball. He touches his arm. I don’t know what I’m supposed to do, to be honest. If it’s handball, then the game is dead – it really is.

Stoney added: “But I can’t do anything but pin my players’ arms at their sides; I can not do anything about it.

After the final whistle, goalkeeper Kailen Sheridan received a red card for dissent. Therefore, Sheridan will not play next week’s game.

Stoney said: “I didn’t know anything about it. I turned around and saw a red, and now I have a babysitter crying, completely devastated because she can’t even give back.

Stoney received a yellow card in the 84th minute.

Of her players’ performance, Stoney said: “We were really good besides not scoring our chances. The players did everything and more than I asked of them tonight.

San Diego wraps up its home game streak at Torero Stadium on Saturday, August 20 against the Houston Dash (7-4-4), before the team moves to the new, state-of-the-art Snapdragon Stadium on September 17. .

August 20 is Hispanic Heritage Night, presented by XEWT Channel 12, and will be a night of celebration with a headband giveaway at the door, limited edition merchandise, food from Daggos and Belindas, a lively plaza atmosphere and live mariachi music.